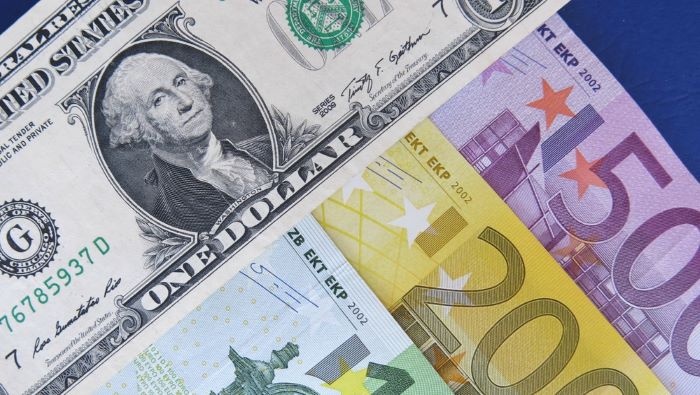 The euro held up against the greenback this morning after an assortment of eurozone services PMI data hit the economic calendar (see below). We saw worrying signs from both Italy and Germany who now entered the contractionary region (below 50) mostly driven by soaring energy and food costs. This impacted the demand for services and does not look to be letting up anytime soon as energy concerns remain. Overall, the eurozone print beat estimates coming in at 51.2 which left the euro supported after yesterdays dollar strength.

On a global scale, the main driver in global markets stems from Nancy Pelosi’s visit to Taiwan which has been met with disdain by China who have since announced their plan to carry out military exercises around and possibly over Taiwan while blocking major waterways to Taiwanese ports. Some exports to Taiwan from China have also been halted leaving the euro vulnerable as investors look for safety via the greenback.

U.S. PMI’s will be the focus later today with forecasts lower than the June print. It is important to note that the U.S. is primarily a services nation so this release should serve as a good barometer for the economy under the current Federal Reserve tightening cycle. In addition, the fact that the Fed have become more ‘data dependent’ could see a greater market reaction across USD crosses. 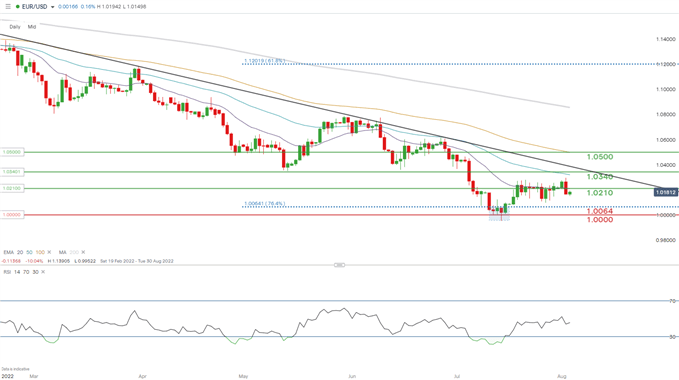 IGCS shows retail traders are currently LONG on EUR/USD, with 63% of traders currently holding long positions (as of this writing). At DailyFX we typically take a contrarian view to crowd sentiment however, due to recent changes in long and short positioning we settle on a short-term cautious bias.