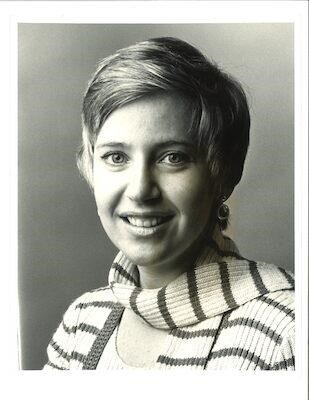 Linda Grant, a longtime business journalist who won two Gerald Loeb Awards during her career, died Aug. 11 at the age of 82.

An obituary states, “Linda resettled in New York in 1971 and joined Fortune as a researcher/reporter for seven years.  There she became a leader in the fight for women’s rights, joining hundreds of other women struggling to integrate newsrooms.  The women sued and won, taking legal action against, among others, Fortune’s publisher, Time-Life, for gender discrimination.  The event became known as the “Good Girls’ Revolt.”

“In the process she was promoted to Fortune as associate editor and became one of its first women writers.  Her husband was by then covering South America for the Wall Street Journal, giving her another continent to explore.

“Restless to move on, Linda moved to Los Angeles and the Los Angeles Times, where she was first a staff writer and eventually assistant business editor.  In 1981 she married Charles Ruby, an attorney, and soon returned to New York, where she became New York Business Bureau Chief of the Los Angeles Times.  During that period Linda won two Gerald Loeb Awards for distinguished Business and Financial Journalism.

“The first, about the outcome of corporate mergers, won the ‘large newspaper’ category, beating entries from the New York Times and Wall Street Journal.   In July 1983, Linda gave birth to a son, Joshua Nathaniel Ruby, and subsequently took seven years off work delighting in motherhood.  In 1991 she returned to magazine writing with a 5,000-world story on Warren Buffett in the Los Angeles Times Sunday Magazine. Buffett wrote her, ‘My friends all agree that you did a splendid job of catching me as I am.’  She rejoined Fortune in 1995 and retired in 1998.”