Head-scratcher of a rally | Seeking Alpha 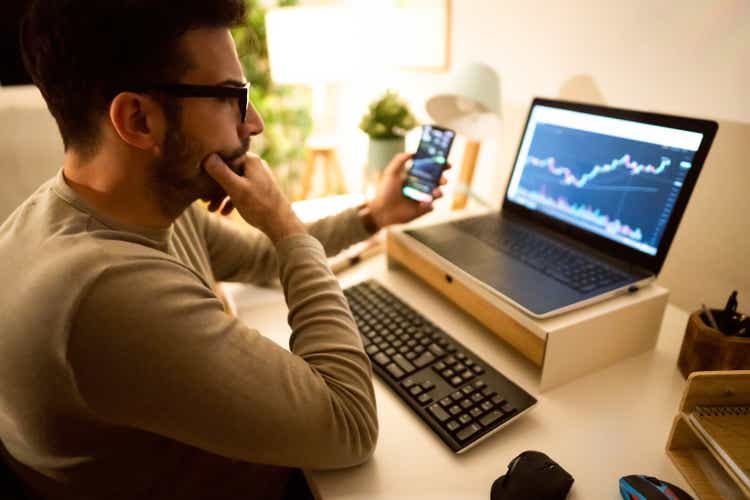 The inflation numbers released this week were not supportive, if you dig a bit deeper. While oil prices have come down, they are considered transitory prices. Stickier inflation in the form of rent and wages has not come down. Inflation is becoming ingrained. That’s bad news for us and bad news for the Federal Reserve. As for the market, let’s review what we had to say last week.

This is the part where everyone starts scratching their heads wondering why the stock market is going up… The rally is being led by price-agnostic strategies – Corporate buybacks and systematic strategies. This is pulling in short sellers forced to cover, and will soon pull in investors who are now afraid of missing the rally and underperforming.

What’s next? – The coming weeks may bring a more aggressive Federal Reserve… The higher prices of the stock market give the Fed cover to raise rates further… The Fed will raise rates until something breaks and they are forced to stop. By then, systematic strategies will be long and the shorts will have covered… This is precisely why the last move lower in a bear market is usually the quickest and steepest. When everyone thinks something is going to happen, something else will.

The notion that we were going to have a head-scratcher of a rally is playing out just like we said. Two weeks ago, we noted the level of resistance is the 200-day moving average, which stands around 4330 at the moment. We are about 1% away from that level. We are not chasing this market. We are taking off risk.

We expect more Fed officials to come out and try and talk down the market this week. Now would be the perfect time to come out with a surprise rate hike. The market is moving higher on the speculation that the Fed is going to pivot to easier money. The Fed won’t because the market is marching relentlessly higher. Market speculators are offsides. The market is acting like a bunch of petulant teenagers mocking the teacher who seemingly can’t do anything about it.