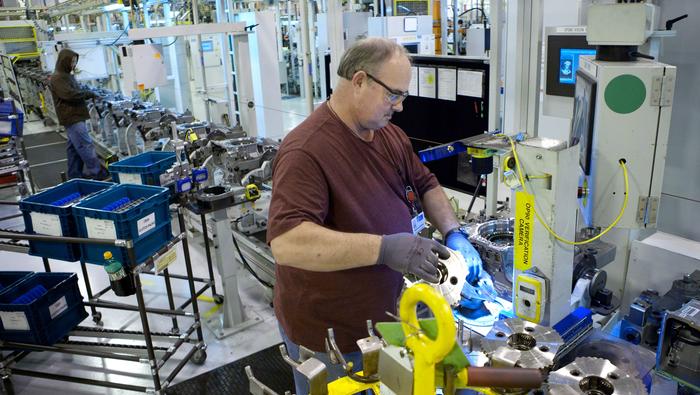 A gauge of U.S. factory activity cooled less than expected in July, but continued to slow down, expanding at its weakest pace in more than two years, a sign that the economic outlook continues to deteriorate amid rampant inflationary pressures and increasingly tight monetary policy following several front-loaded interest rates hikes by the Federal Reserve.

According to the Institute for Supply Management (ISM), July manufacturing PMI fell to 52.8 from 53.00 in June, hitting its lowest level since June 2020 when the economy was still digging its way out of the COVID-19 slump. Analysts polled by Bloomberg News had expected the headline index to decline to 52.00, but remain in expansionary territory. For context, any figure above 50 indicates growth, while readings below that level denote a contraction in output.

Looking at the performance of some of the survey components, the goods producing sector was restrained by a drop in the forward-looking new orders index, which edged down to 48.0 from 49.2. Sky-high inflation is eroding purchasing power, prompting households to curtail discretionary spending. This situation, coupled with elevated inventories across many industries, may be contributing to the weakening demand profile.

Among so much bad news, there was one bright spot in the ISM report. The prices paid index plunged 18.5 points to 60, the fourth biggest drop on record, signaling that raw material prices, while still high, are rising at a much slower pace than in previous months. Easing input costs, if sustained, could translate into lower CPI figures in the coming months, paving the way for the Fed to adopt a less hawkish policy stance sometime this fall.

Taken together, today’s data may heighten fears that the United States is headed for a recession, but not imminently. While this scenario may increase market angst and trigger bouts of violent and unpredictable volatility, moderating cost burdens for U.S. businesses could offset excessive pessimism; after all, the likelihood of a downturn, along with benign developments on the inflation front, may give the Fed the perfect excuse to pivot.