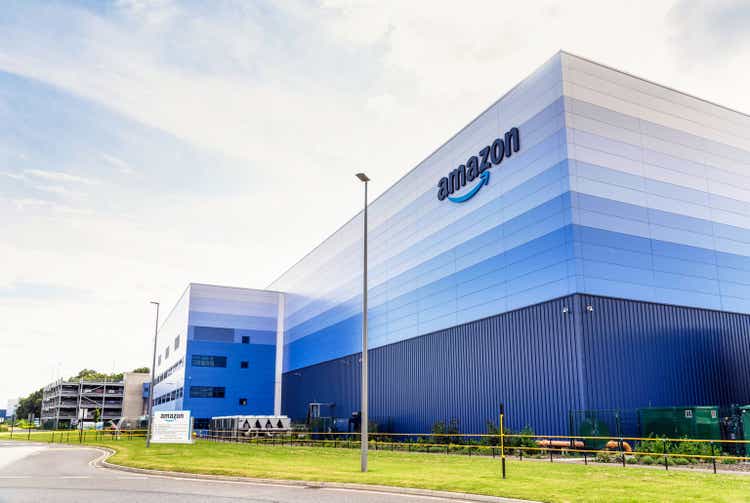 As my readers know, Just Eat Takeaway.com N.V. (OTCPK:JTKWY, OTC:TKAYF) (“JET”) partnered with Amazon (AMZN) in the United States through JET’s subsidiary Grubhub. In July, this partnership was announced: essentially, Amazon acquires a small stake (the size of the stake depends on the success of the partnership) in Grubhub and adds Grubhub+ to its Amazon Prime subscription.

Amazon’s short-term incentive is clear. Grubhub+ is a valuable subscription that increases the value of Amazon Prime. For Amazon, one of the most important KPI’s is Amazon Prime churn, and obviously a subscription like Grubhub+ can help retain users. Even small changes in churn can have huge impacts on Amazon’s bottom line.

In previous articles, I already speculated that suitors like Amazon, Uber Technologies (UBER), and DoorDash (DASH) could be interested in acquiring parts or the entirety of Just Eat Takeaway. Just Eat Takeaway sells at a very low valuation and has incredibly valuable food delivery assets.

In addition, by offering Grubhub+ to its Amazon Prime subscribers, it can significantly lower the churn rate of Amazon Prime. This effect should not be understated. Food delivery is popular and has one of the strongest retention rates in e-commerce. Customers are sticky and order frequently. Obviously, any food delivery customer would be more incentivized to keep Amazon Prime. The synergy here is huge. The effect of this on Amazon’s bottom line could be bigger than one might think.

Then you also have the fact that Grubhub has thousands of delivery drivers actively delivering food on the road at all times. As Amazon is moving into same-day delivery, it is obvious that this network could be used to provide even more faster delivery options to Amazon customers.

The synergy here is….. HUGE. If Amazon was willing to buy iRobot, Grubhub seems like a no-brainer. I might be wrong, since maybe Amazon becomes greedy and tries to buy the entirety of Just Eat Takeaway ;). They do not even have to change the color of the brand…

I think that Just Eat Takeaway and Amazon were not able to agree on a takeover price for Grubhub. So instead, JET and Amazon entered a partnership that would provide both parties with hard data on the value of Grubhub to Amazon. On the one hand, Just Eat Takeaway can now show that Grubhub still has the platform, the scale to become a serious competitor of Uber Eats and DoorDash. On the other hand, Amazon can quantify the value of Grubhub+ to Amazon Prime and Amazon as a whole through churn analysis.

Essentially, this partnership is a way for Amazon to tip its toes in the water and measure the temperature. If the results are good, Amazon will be willing to pay a higher takeover price as the acquisition is lower risk. If the results are bad, a takeover may become unlikely.

Why Grubhub may be able to turnaround

Grubhub still has a 16% market share in the United States. But this seems worse than it actually is as Grubhub has a focus on cities like New York and Boston that have seen low growth since COVID. So the market share decline is more due to a focus on different regions. With the offices reopening, Grubhub will experience benefits from its focus on these regions.

Grubhub is also profitable on an adjusted EBITDA basis without any fee-caps. Which I discussed last time. Grubhub is scaled.

For the suburbs, Amazon and Grubhub together can have a localized marketing effort. This is the big question mark, how much impact will that have? But it could work.

Just Eat Takeaway remains an interesting company with a very pessimistic valuation and significant number of valuable assets with large customer bases. A disposal of Grubhub to Amazon is a serious possibility and could be “two flies in one hit.” JET’s competitors need to focus on the US to compete with Amazon, and JET refinances the company to drive growth in its other markets. Or I might be wrong, and Amazon changes its mind and leaves… or buys the entire company. Either way I continue to see JET’s future positively, with multiple different potential catalysts on the horizon (iFood disposal, Canada disposal) that can lead to a rerating of the stock.