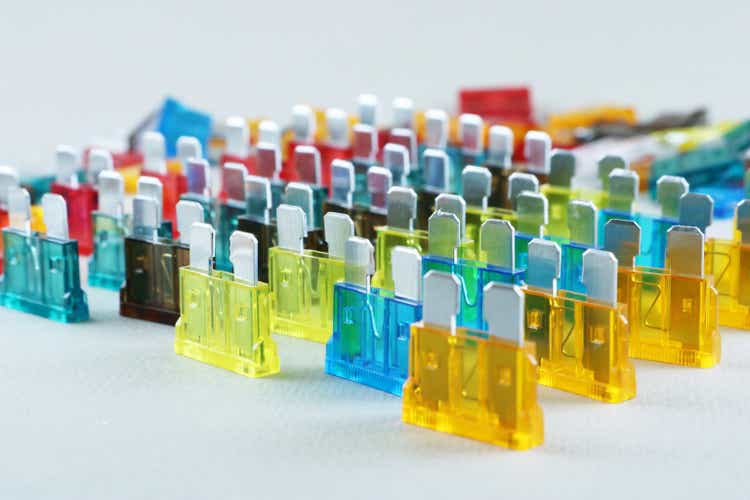 Littelfuse (NASDAQ:LFUS) continues to be one of our favorite ways to invest in the structural themes of sustainability, connectivity and safety. This is because we see it as a pick-and-shovel approach to benefit from some of the most interesting growth markets that exist today, such as the growth in EVs, IoT and communication devices, automation, renewable energy, etc. Littelfuse is growing very quickly, in part because it is an important supplier of components needed in these industries.

This strong growth was once again present in the second quarter results, with revenue growth of 18% and adjusted earnings increasing by 25% compared to last year. The company also announced the completion of the acquisition of C&K Switches, which is a designer and manufacturer of high-performance electro-mechanical switches and interconnect solutions. Shareholders have even more reasons to be happy with the results, given that the company announced an increase to the quarterly cash dividend of 13%.

During the earnings call, there was a lot of discussion on design wins, some of the ones we found more interesting were those in battery management systems and other EV applications. In any case, it is clear that the pipeline of new business opportunities is robust, that new business wins have been significant, and represent a diverse range of end markets and applications.

Revenue was $618 million, up 18% over last year and up 10% organically. The Carling acquisition added 11%. Foreign exchange reduced revenue by 3%, mainly due to the weaker euro. The company reported second quarter GAAP diluted earnings per share of $3.48 and adjusted diluted EPS of $4.26, up 25% over last year.

The company was negatively impacted by the lock-downs in China, which extended longer than expected. Littelfuse was able to offset some of the sales impact with strength across other markets, and Littelfuse has been managing pricing to offset the ongoing inflationary pressures.

Growth remains strong but is decelerating a bit and getting closer to its historical average around 15%. One of the reasons that growth was so strong in the past quarter is that the distribution channel and some customers were building inventory, and once that has been completed, it is natural to expect growth to decelerate.

The company said that it was able to improve terms on its $700 million credit facility and outstanding debt. Through mid-July, it took on $400 million of additional debt to support growth investments. Incorporating this activity, and the acquisition of C&K, Littelfuse’s pro forma debt to EBITDA leverage remains at the low end of their target range and the company said they feel they are in a good position to take advantage of M&A opportunities should they present themselves.

For the third quarter, Littelfuse is expecting sales in the range of $630 million to $644 million, up 18% versus last year and 2% organic growth at midpoint. This assumes about 20% growth from our acquisitions, and significant headwinds resulting from the stronger dollar. The company is estimating sales headwinds of ~400 basis points in the quarter, and approximately 300 basis points for the full year, due to FX.

Littelfuse is projecting third quarter adjusted EPS to be in the range of $3.71 to $3.87, down 4% versus last year at the midpoint. In addition to exchange rates, one of the other reasons is that the company sees some softness in consumer-oriented end markets, including appliances and personal electronics.

While shares are a bit higher than since our last article on Littelfuse, we still view them as clearly undervalued, especially after one more quarter of strong results. For example, EV/EBITDA is several turns below its ten-year average of ~15x.

Similarly, the price/earnings ratio remains below its historical average, and low in absolute terms for a company that just delivered 25% earnings growth. At the current ~18x, the price/earnings is more than a third lower than the ten-year average for the company.

The second quarter results showed again what Littelfuse is capable of delivering, with impressive growth in revenue and profitability despite headwinds from FX and the lock-downs in China. We expect the company’s growth to moderate a little bit going forward now that inventories are fuller and there are a few weakness areas such as appliances & personal electronics. In any case, we continue to view shares as undervalued, trading at a modest price/earnings ratio of 18x for a company growing as fast as Littelfuse is.