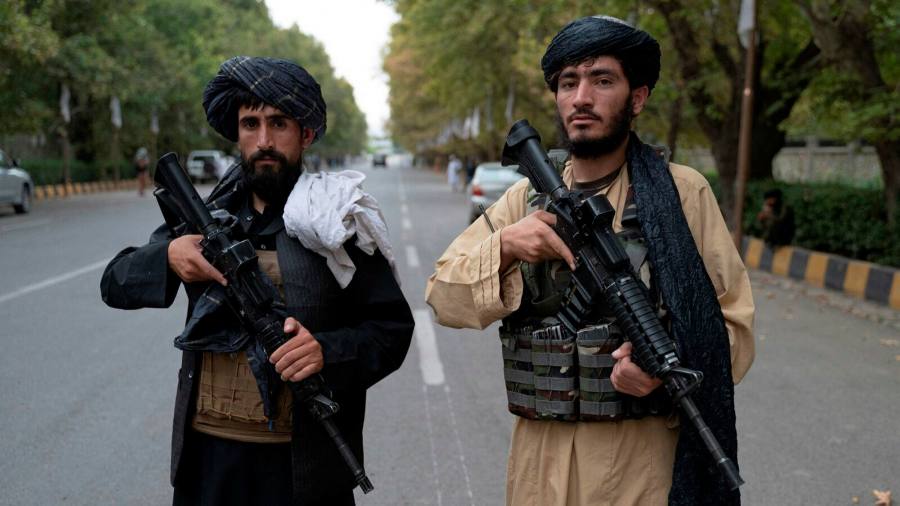 Afghanistan has two anniversaries coming up. Friday is Independence Day, commemorating the signing of the Treaty of Rawalpindi in 1919, in which Britain granted Afghanistan self-determination over its foreign affairs. However, most will be more concerned with Monday, which marks a year since the Taliban regained control.

This week also begins with the 75th anniversary of the British withdrawal from the Indian subcontinent, marking the partition of India and Pakistan. India’s prime minister Narendra Modi is to address the nation from historic Red Fort in Delhi with the focus likely to be on the troubles in Kashmir, the country’s only Muslim-majority state.

For British schoolchildren, it is all about the present as students in England, Wales and Northern Ireland on Thursday receive the emails and envelopes containing their A-level and vocational exam results. The task of accepting and finding university places through the clearing process will then begin in earnest.

As with the Advanced Higher exam scores announced for Scottish school students last week, the A-level results are expected to be down on last year, but probably up on pre-pandemic years. The exam body AQA has said papers will be more generously graded to reflect the return to normal test conditions.

The UK’s summer of discontent will be marked by another national rail strike this week, made worse by a general walkout across London’s public transport networks. Next Sunday, more than 1,900 workers at Britain’s biggest container port Felixstowe are set to strike, plus we have another week of the criminal barristers’ strike at courts in England and Wales, with no resolution in sight.

We are about to take a significant step forward in Nasa’s Artemis space programme. The mission aims to land the first woman and minority ethnic astronaut on the Moon, preparing for a long-term lunar presence and providing a stepping stone to sending humans to Mars. Nasa plans to livestream the transfer of the Artemis 1 rocket to the launch pad on Wednesday with the aim of completing lift-off by the end of the month.

Inflation watchers will be kept busy this week with updates from the EU, Japan and Canada, plus, on Wednesday the publication of the Federal Open Market Committee’s latest meeting minutes will perhaps give some indication of the Fed’s willingness to tighten monetary policy.

It is also going to be a busy week for British economic news with figures on employment, inflation, productivity, retail sales, consumer confidence and house prices. All are likely to garner comment on the state of UK plc.

This week we reach the tail-end of the current reporting season with results from a clutch of retailers that are either purely online or have benefited greatly from ecommerce, notably Walmart on Tuesday, Target and Tencent a day later, and AO World on Thursday.

AO World is trying to shift its business model away from sales growth to building and maintaining margins. The problem for such retailers as we enter an economic slowdown will be maintaining sufficient sales demand.