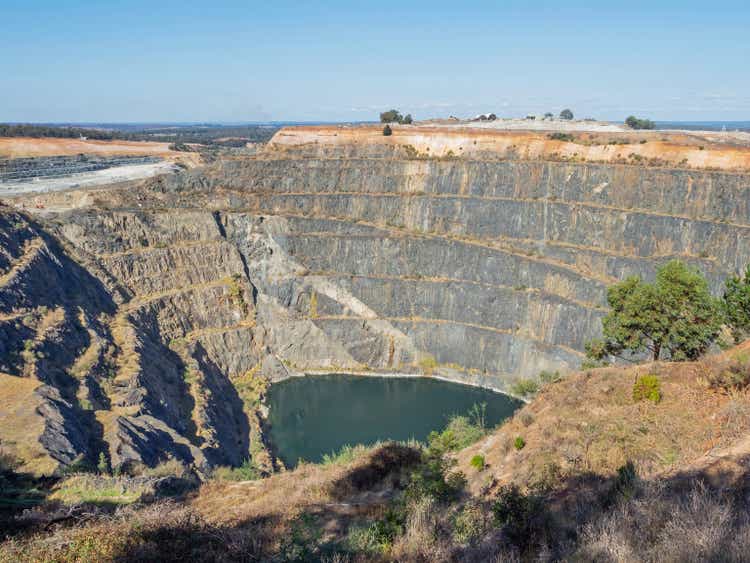 As the world’s largest independent hard rock lithium operator, Pilbara Minerals Limited (OTCPK:PILBF) is in an enviable position to benefit from the long-term demand for Lithium due to the automobile industry’s multi-decade transition to electric vehicles. Based on estimates from UBS, electric vehicles (“EV”) will have a 20% market share of all new vehicles sold by 2025, and 50% by 2030, up from 5% today.

This growth in EV sales is driving demand for lithium across the globe. Lithium can be found and mined primarily in Latin America, Australia and China, with Australia currently leading the world in annual production.

The research firm, McKinsey, estimates that lithium demand will rise from approximately 500,000 metric tons of lithium carbonate equivalent (LCE) in 2021 to some three million to four million metric tons in 2030. This provides Pilbara Minerals with an immense opportunity to meet this demand.

With Pilbara’s significant scale and quality of their operations, the company has attracted a group of high-quality, global partners including Ganfeng Lithium, General Lithium, and the South Korean company, POSCO. Pilbara has integrated well into the global supply chain of suppliers of lithium batteries, and it can count Volkswagen (OTCPK:VWAGY, OTCPK:VLKAF, OTCPK:VWAPY) as one of its end customers. This can be seen in how Pilbara produces lithium for Ganfeng Lithium, a Chinese lithium supplier, who then supplies batteries to Volkswagen, one of the largest carmakers in the world.

In Pilbara’s latest quarterly report on July 28th, the company reported a 56% increase in spodumene production and a 127% increase in its shipment of the mineral. Spodumene is a lithium mineral derived from pegmatite rock. Known for its high lithium content, spodumene is the most widely exploited mineral source of lithium.

Just as the company is hitting the upper end of its annual production guidance, it has begun to be profitable and in the process is able to shore up its balance sheet with a 207% increase in its cash position to $874 million. In short, the company’s financials are vastly improving and will only get better as they continue to ramp up production and benefit from the rise in the price of Lithium over the long term.

In addition to this momentum in production and the rising price of Lithium, Pilbara Minerals also has a competitive advantage with the location of its mines. Being situated in North Western Australia, Pilbara’s operations are only 100 km from the nearest seaport of Port Hedland, which is a main shipping port for mining companies. This strategic location provides a direct route to Pilbara’s supply chain partners in China and South Korea. In comparison, companies that mine lithium reserves located in Chile have a much longer route to China, giving Pilbara a geographic advantage.

Buy Rating: I have a Buy rating for Pilbara Minerals’ stock, with a five-year target price of $28 per share.

In my analysis, I believe the company can grow its annual revenues at 93% per year over the next five years as demand for lithium grows. In the last three years, the company’s revenue grew 153% year over year. I anticipate Pilbara achieving a 21% net margin as they continue to improve efficiencies in their upstream and downstream processes. With the stock currently trading at 71 times earnings (based on trailing twelve-month earnings of $0.03 per share), it is trading at a reasonable valuation considering its growth. I am estimating that the stock’s P/E ratio can maintain this multiple over this time frame as the company’s profitability is proven long term.

Below is a table contrasting the company’s current metrics and stock price to the 5-year estimate:

To better understand how to read the table above, read my previous article Meta: Attractive Valuation.

To conclude, Pilbara Minerals has the potential to provide investors with outsized returns over the next five years as it expands production and participates in the rising global demand for lithium batteries for electric vehicles. In taking a more conservative view of Pilbara’s stock, the company would only have to grow 50% in revenues, not 93% as projected, over the next five years and the stock to trade at a multiple of 30 times earnings (instead of the current 71 P/E) for the stock to double for investors. Yet, Pilbara has the potential to reward investors with 10x their investment and be a rarified tenbagger.