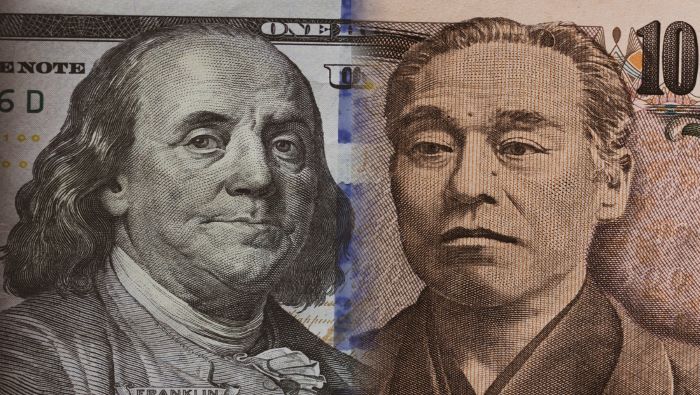 Another rate hike from the RBA, another drop in the Australian dollar – although this time may be a different story given Nancy Pelosi’s supposed visit to Taiwan. The visit has been strongly condemned by Chinese officials and has caused an increased military presence around the Taiwan strait.

AUD and NZD currency pairs are likely to remain susceptible to the ongoing situation while the Aussie dollar takes even more strain as it has tended to sell off immediately after recent rate hikes.

AUD/JPY has dropped nearly 500 pips (5.24%) since Thursday as recession fears appeared to kick in. Since the AUD has traded in line with risk assets like the S&P 500 during the recovery, a global recession would likely see a much softer Aussie dollar and strengthened Japanese Yen on the basis that central banks may need to cut rates sooner than expected to aid a slowing global economy. 90.50 remains a key level of support as it appears to have halted selling near-term. Resistance appears around the period of prior lows around 91.50 should we see a pullback.

USD/JPY had traded to rather uncomfortable levels for Bank of Japan (BoJ) and Government officials. USD/JPY pushed towards 140 but failed and traded around 136/137 before the large move on Thursday. Since then, the yen has continued its momentum, breezing past a number of support levels. USD/JPY trades between the psychological level of 130 and 131.35. Signs of a potential reversal have been brewing in the prior weeks as the RSI signaled negative divergence – prices rising higher despite the RSI making lower highs. A break below 130 would certainly add to the bearish bias while a failure to break below this level may see a pullback towards 131.35 or 133.20.

The Yen is likely to benefit from declining US treasury yields, recession fears (inverted yield curve, lower future EPS forecasts) and continue to act as a safe haven amid the potential of renewed US-China tensions. 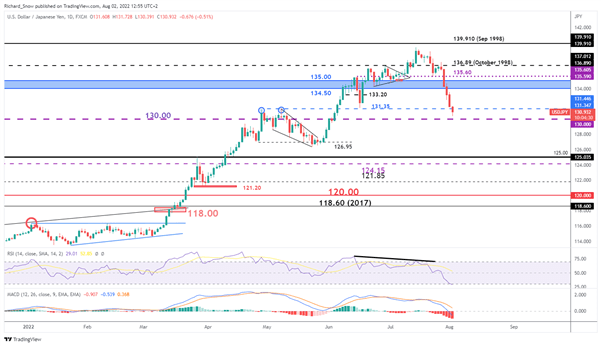 Major Risk Events for the Week Ahead

Apart from July’s NFP data on Friday, scheduled risk events appear rather thin. ISM non-manufacturing PMI data is likely to be closely monitored as a benchmark for the services sector in the US economy. The services sector is the largest sector in the US and is likely to receive close attention after the US technically entered a recession after its second successive quarterly decline in GDP.

NFP data is forecast to print another positive figure, adding to the already robust labor market. Strong jobs data has softened the impact of the technical recession. Lastly, from a geopolitical standpoint, US House of Representatives Speaker Nancy Pelosi is set to visit Taiwan – a move that has been strongly condemned by China – resulting in increased military presence near the Taiwan strait.