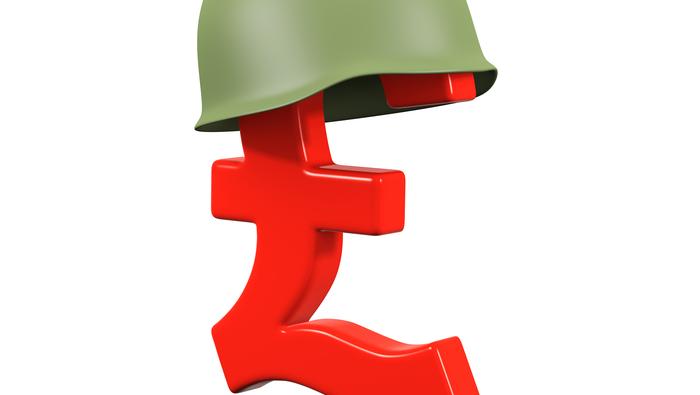 How to Combine Fundamental and Technical Analysis

The GBPdid not enjoy its most productive week, losing ground against the Euro and US Dollar respectively. GBPUSD declined from a weekly high of 1.2150 to trade at 1.18300, a drop of 300 odd pips and more crucially trading below the key psychological 1.20 level. The losses came on the back of a continued rise in UK inflation, which puts the UK ahead of itsWestern European counterparts. Issues including Sterling weakness, Brexit-related supply chain issues, and soaring energy prices all contributed, with food prices rising 11.6% in four weeks. The cost of living crisis has begun affecting the debt of supermarket’s bonds with those issued by Asda, Iceland Foods, Tesco Plc and groceries delivery firm Ocado Group Plc falling on the back of Wednesday’s CPI print. They were hit by concerns of rising food prices which made the biggest contribution to the month’s CPI increase.Going into the winter, Britons face soaring bills to heat their homes on top of foodprice rises, which in turn means borrowing costs for supermarkets are unlikely to improve anytime soon.

The Bank of England (BoE) has seen the pressure ramp up following this past week’s data releases. The BoE must hike more than any other G10 country as investors have priced in 154 basis points of further hikes in 2022, more than is asked of the current pacesetter the US Federal Reserve. It implies three further 50 basis point hikes are required at the three remaining meetings in September, November and December. Given the 50 basis point hike in August, there is now a precedent and ‘The Old Lady of Threadneedle Street’ (BoE) could deliver.

Should the GBP meet the rate hike target the currency should remain supported, while another ‘dovish’ pivot from the BoE that disappoints against expectations could send it lower. To end the week, we had both GfK UK consumer confidence and retail sales out on Friday. UK consumer confidence for July was unchanged at -41 meaning that confidence in the UK economy remains at a historic low. The GfK said: “crisis of confidence will only worsen with the darkening days of autumn and the colder months of winter.” The only good news in what was a dour week for the GBP, retail sales surprisingly rose 0.3% in the month of July, but this still represented an annual drop of 3.4%.

UK Economic Calendar for the Week Ahead

Here is the sole high rated event for the week ahead on the Eurozone economic calendar:

The GBP has been influenced by a broader risk appetite this year. The August rate hike came with a dire set of economic forecasts, compounded by the UK CPI print. This has heaped further pressure on stretched consumers who are now prone to strike for better pay. Strike action witnessed earlier in the summer was partially reignited this week and going forward could weigh on economic activity, with unions warning of ‘indefinite’ strike action. The GBP remains in a precarious position as evidenced by this week’s data with an increase in CPI and rate hike expectations coinciding with a weaker GBP (usually an increase in rate hike expectations should have strengthened the GBP). There is a strong possibility that any significant moves on the pair will be facilitated by US data as well as the Jackson Hole Symposium, which promises to be the center of attention for the week ahead.

This week’s 300-odd pip decline has seen the pair back below the psychological 1.2000 Key level with the 20 and 50-SMA providing resistance. As we begin the week, the psychological key level, as well as the 2022 low at 1.1760, will hold the key to continuing downside momentum with long-term targets resting around the 1.14300 area.

—– Written by Zain Vawda for DailyFX.com