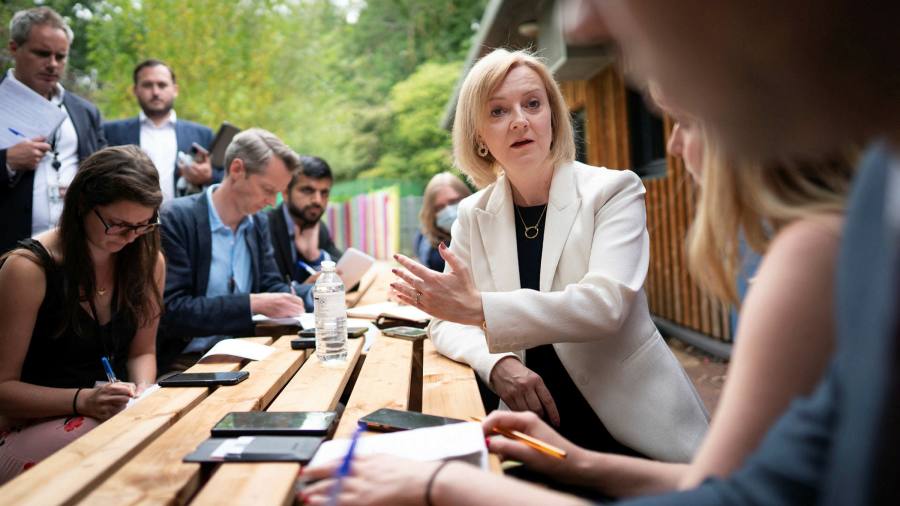 Former chancellor Rishi Sunak has played down the prospect of personal tax cuts before autumn 2023 if he becomes prime minister, warning that early reductions would fuel inflation and could hand the mantle of economic competence to Labour.

In a sharpening of dividing lines at the start of the second phase of the Conservative leadership contest, foreign secretary Liz Truss unveiled plans for an emergency tax-cutting Budget should she succeed Boris Johnson.

Truss’s promise to cut taxes and shrink the state have helped to give her a big early poll advantage over Sunak — as the two candidates to be the next Tory leader seek the support of more than 150,000 party members. The activists’ choice will be announced on September 5.

A new YouGov poll of Conservative members, who will receive ballot papers early next month, gave Truss a 62 per cent to 38 per cent lead over Sunak.

The same poll found that 40 per cent thought Sunak, whose resignation helped to precipitate Johnson’s downfall, could not be trusted to tell the truth, while 18 per cent took the same view of Truss.

Sunak has told colleagues he expects inflation to remain high until the autumn of 2023 and that if Russia restricts gas supplies to Europe it could lead to average annual household energy bills even higher than the £3,200 forecast for this autumn.

“If we hand the mantle of economic competence to Labour, we’re finished,” Sunak told colleagues, insisting tax cuts had to wait until inflation was curbed. He hopes Tory members will accept his tough message.

The Bank of England expects inflation to reach a high of 11 per cent in October, and then decline to much lower levels in the autumn of 2023 before returning to the central bank’s 2 per cent target “in around two years”.

Tory MPs voted for Sunak and Truss to be on the final shortlist of two candidates put before Conservative members, and the former chancellor needs to quickly establish some momentum wooing party activists.

Truss on Thursday slammed Sunak as “the continuity economic policy candidate”, claiming he took the UK economy in the “wrong direction” when he was chancellor.

On a campaign visit to Peterborough, Truss confirmed she would reverse a national insurance increase, ditch a planned corporation tax rise, while taking “environmental levies” off energy bills — which on a combined basis would cost more than £30bn a year.

Truss said the tax cuts would not be paid for by austerity, adding: “I’m very clear, I’m not planning public spending reductions.”

She claimed that public service reforms would reduce bureaucracy and that money for tax cuts could be found from fiscal headroom within Treasury forecasts.

Asked if she was worried that her tax cuts would increase inflation — a view widely held by economists — Truss said the opposite was true. 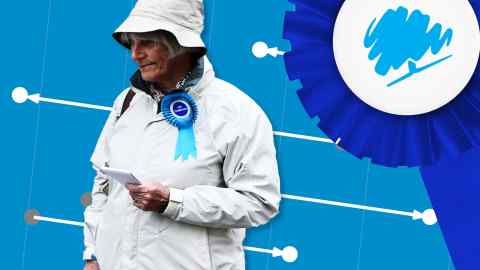 “My tax cuts are not inflationary. The reason is that reducing national insurance, reducing corporation tax, increases the supply side of the economy,” she told the BBC.

She said there was an unhealthy consensus in the Treasury, among economists, the Financial Times and others — “peddling a particular type of economic policy for the last 20 years” — which had not delivered growth. She would “bulldoze through the blockages” to reform the Treasury.

Sunak hopes to build momentum in the coming days by winning new endorsements from Tory MPs, rolling out new policies and performing well in a BBC party leadership debate on Monday.

“The next two weeks are crucial,” said one ally, noting that many Tory members will vote as soon as they receive their ballot papers in the first week of August.