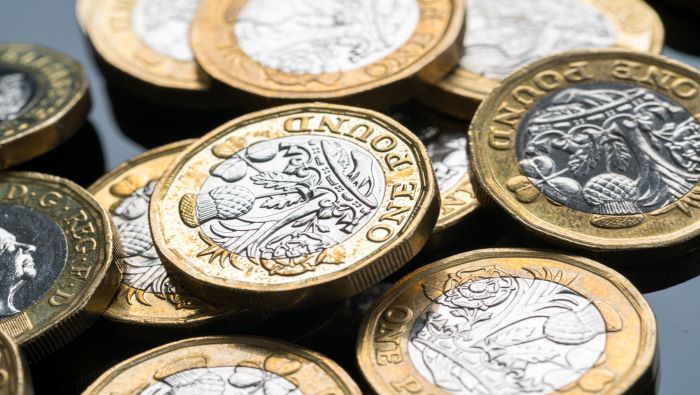 This morning saw pound sterling slightly stronger against both the U.S. dollar and euro respectively. Much talk has been around the British Conservative Party’s new leader and UK Prime Minister whereby both (Sunak and Truss) have hinted at some form of fiscal stimulus (tax cuts). Tax cuts are aimed at encouraging economic growth within the UK and may add to already high inflationary pressures which in turn could result in further interest rates hikes from the Bank of England (BoE).

There is nothing of significance on the economic calendar (see below) today while the rest of the week has UK markets fixated on the GDP release. The GDP issue is even more relevant than ever after last week’s BoE statement around a potential recession in Q4. 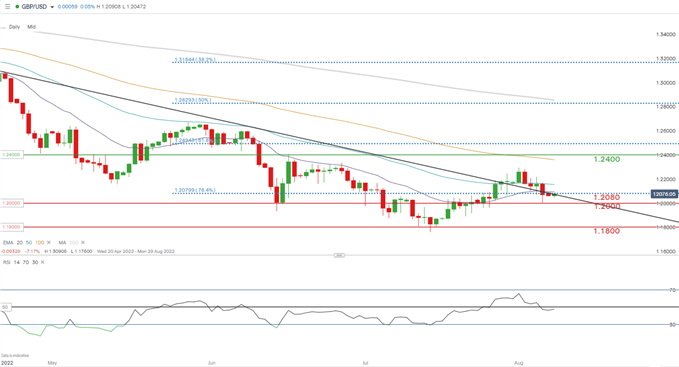 Although sterling has appreciated against the dollar this morning, the damage from Friday’s U.S. NFP move has kept the pound depressed. I do not expect much in terms of price volatility on cable leading up to Wednesdays core inflation release. Technical indicators do not currently favor any particular directional bias which could indulge short-term trading setups. 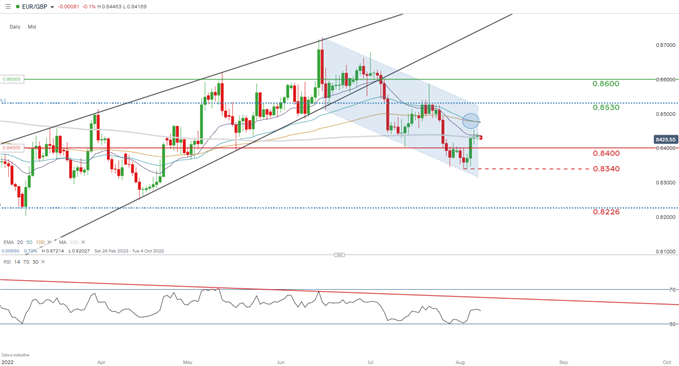 The daily EUR/GBP chart above shows price action continuing to trade within the developing downward sloping channel (blue) which could progress into bull flag type move should bulls break above channel resistance. This being said, a confirm close below the 200-day SMA (grey) and the consequent bearish crossover from the 50-day EMA (blue) and 100-day EMA (yellow) may see subsequent support zones come into consideration – fundamentally, this makes sense should the impending Prime Minister make true on his/her promises outlined above.

IG Client Sentiment Data (IGCS) shows retail traders are currently LONG on GBP/USD, with 70% of traders currently holding long positions (as of this writing). At DailyFX we typically take a contrarian view to crowd sentiment however due to recent changes in long and short positions we settle on a short-term cautious bias.