Australian Dollar Dived After RBA Hike by 0.50%. Where to for AUD/USD? 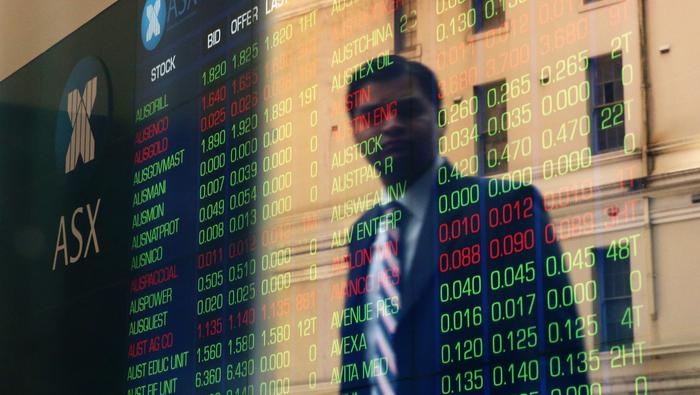 The Australian Dollar headed south after the RBA appeared to step back from aggressive tightening. The bank lifted the cash rate target by 50 basis points (bps) to 1.85% from 1.35%.

“The Board expects to take further steps in the process of normalising monetary conditions over the months ahead, but it is not on a pre-set path. The size and timing of future interest rate increases will be guided by the incoming data and the Board’s assessment of the outlook for inflation and the labour market.”

A key piece of incoming data is CPI and that will not be forthcoming until late October. This means that the next two meetings could see the RBA step back from 50 bps hikes and potentially not change them at one or both meetings.

Australian 2Q CPI came in not as hot as anticipated and this allowed some breathing space for the RBA to shy away from an overtly hawkish stance.

The Federal Reserve lifted rates by 75 bp last week to deal with 9.1% CPI, while the Bank of Canada hiked by 100 bp last month to combat 8.1%CPI.

Earlier in the day, Australian building approvals came in better than expected at -0.7% month-on-month for June against -5.0% anticipated and the previous month’s red-hot 9.9%.

Economic data prior to that has mostly been strong with the June unemployment rate coming in at multi-generational lows of 3.5% against 3.8% forecast and 3.9% previously.

Looking ahead, Australia’s trade balance for June will be released on Thursday. It remains to be seen if May’s blistering AUD 15.7 billion surplus can be backed up with another solid number.

It would appear that the economic data will need to be very strong for the RBA to hike by more than 25 bps at either of their September or October meetings. AUD/USD may come under further pressure if that remains to be the case.

The full statement from the RBA can be read here. 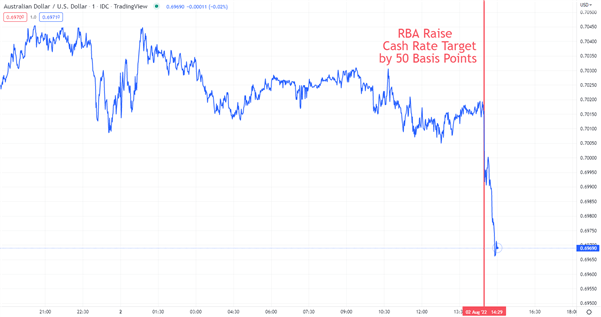