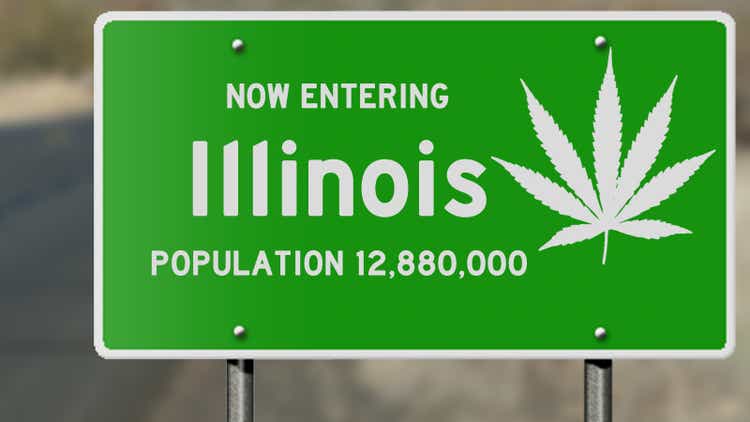 The cannabis space remains under pressure, and the particular results of multi-state operators (MSOs) primarily relate to the states where the companies operate. Unfortunately, Cresco Labs (OTCQX:CRLBF) doesn’t operate in New Jersey and is reliant on closing the Columbia Care (OTCQX:CCHWF) deal in order to enter the fast-growing state with the April launch of adult-use cannabis. My investment thesis remains Bullish on the stock due to the pending merger and the hidden benefits of the branded strategy.

Cresco Labs reported Q2 sales grew 4% to reach $218 million despite a strategic shift in California distribution lowering wholesale sales. The company reported slower growth than other MSOs, but New Jersey is the prime driver of growth and Cresco Labs doesn’t have access to that state, yet.

The large MSO actually grew revenues in the quarter despite price pressures in key markets like Pennsylvania, with a reported impact of anywhere from 10% to 30% due to competition. At the same time, the cannabis space is seeing inflation pressuring costs and hitting margins.

Cresco Labs still reported impressive 53% gross margins, but the MSO continues to report weak EBITDA margins of only 23% due to the focus on branded products. The company is set up for a future where most dispensary operators aren’t as vertically integrated.

Columbia Care does provide access to the Garden State. The MSO reported quarterly revenues doubled in the state during Q2, but the company didn’t have full operating hours on the two opened stores until early June. The new cultivation capacity and the addition of the third store later this year will dramatically boost sales in New Jersey. A small player like Ascend Wellness (OTCQX:AAWH) reported their New Jersey store was generating over $1 million per week in sales, highlighting the hidden potential for the new Cresco Labs.

Overall, Columbia Care helps double the retail footprint of the combined Cresco Labs. The smaller MSO saw revenue grow 18% YoY to $129 million in Q2, but Columbia Care is still reporting substantially less revenue now than at the end of 2021.

The smaller MSO still reports weaker EBITDA margins due to the focus on the ultra-competitive California and Colorado markets despite vertical integration. Columbia Care only reported adjusted EBITDA margins of ~10% in the quarter, but the number should grow with sales expansion in New Jersey this year.

Cresco Labs had $95 million in wholesale revenue in the quarter that might not be as appealing to the market now due to the lower EBITDA margins. The addition of 185 social equity licenses in Illinois and the plans in New York for 150 independent dispensaries will open the attractiveness of a leadership position in branded products.

Over the next three years, an additional six large markets are expected to switch to adult use: New York, Pennsylvania, Ohio, Virginia, Florida and Maryland. Given the combined footprint with Columbia Care, the new Cresco Labs will have exposure to all of them. Remember, these states are on top of the recently launched adult-use sales in New Jersey.

The Columbia Care deal offers 0.5579 shares of Cresco Labs adding ~222 million shares to the current balance of 444 million. Columbia Care shareholders get a ~10% premium when the deal closes from buying the shares at $1.80 now.

The combined stock will only have a market cap of $2.4 billion for a combined business with $1 billion in annual sales (before divestitures). The New Jersey boost and eventual opening of the New York market along with wholesale growth in Illinois will set up a combined Cresco Labs for strong growth in the years ahead.

The stock trades at only ~10x adjusted EBITDA targets, which is cheap considering the margins are relatively depressed currently.

The key investor takeaway is that Cresco Labs is too cheap and beaten down here. The MSO reported a solid quarter considering the access to New Jersey is contained in the Columbia Care merger yet to close.

The cannabis space has been a hard investment over the last year, but the sector still has substantial catalysts to drive the stocks higher over the next year.