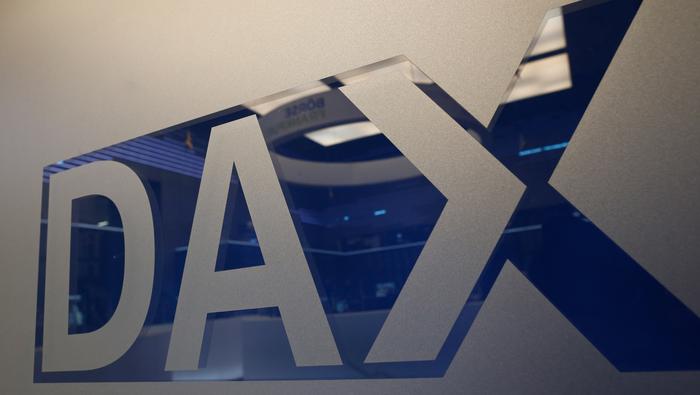 The DAX rallied higher in early European trade before trimming gains as we approach the US Market Open. The rally, boosted by softer US CPI numbers yesterday, saw markets enter a risk-on mood that continued into the European open. Investors are now pricing in a 50 basis point hike by the US Federal Reserve in September, down from earlier expectations of a 75 basis point increase. Market sentiment was tempered by Federal Reserve members who were quick to stress that price pressure remains intense necessitating the need for further rate hikes. Minneapolis Fed President Neel Kashkari said he wants the Fed’s benchmark interest rate at 3.9% by the end of this year and at 4.4% by the end of 2023. Chicago counterpart Charles Evans stated that the Fed would be increasing rates for the rest of this year and into 2023. As these comments hit the wire there was a notable shift in sentiment as markets may have been premature in ruling out a further 75 basis point hike in September.

Adding further challenges to the German economy reeling from recession fears, the recent heatwave across the continent means its rivers are evaporating. The Rhine River, a pillar of the German, Dutch and Swiss economies for centuries is set to become virtually impassable at a key point later this week, stymieing vast flows of diesel and coal. The Rhine, whose nautical bottleneck at Kaub is expected to dip below the mark of 40 centimeters early Friday and keep falling over the weekend. While this is still higher than the record low of 27 centimeters seen in October 2018, many large ships could struggle to safely pass along river at that spot, located roughly mid-way along the Rhine between Koblenz and Mainz. Another obstacle that German companies and consumers will need to navigate as Autumn approaches.

Continuing the positivity around corporate earnings we had a slew of German companies reporting today. Deutsche Telekom AG Na (DTEGn) was in the spotlight after the communications giant lifted its annual outlook for the second time and posted quarterly core profit above estimates, supported by an upbeat performance in its U.S. unit T-Mobile. Siemens (SIEGn) reported better-than-expected revenues for its third quarter, but a write down at Siemens Energy saw the engineering and technology group in the red for the first time in nearly 12 years. Siemens shares dropped by 1.14% as the news filtered through. Daimler Truck Holding AG (DTGGe) shares received a boost as the firm reported a hefty rise in second-quarter earnings on strong demand.

In Yesterday’s technical breakdown we looked at a potential break above the 1H trendline with a potential 120-point upside rally. As we can see the price has completed that move creating a new high before a sharp pullback has seen us retest the trendline and bounce of the support area around 13650. We are currently trading above the 50 and 100-SMA with price action hinting at a retest of yesterday’s high and potentially a test off the daily trendline and psychological 14000 level.