Gustavo Petro Takes Office in Colombia: What is The Cannabis Policy Of The First Leftist President In The History of The Country? 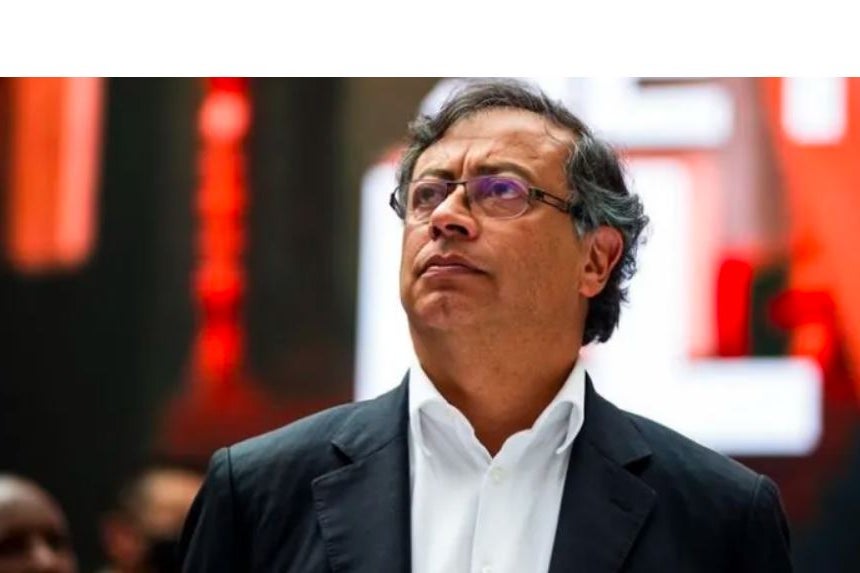 Gustavo Petro took office as president of Colombia on Sunday, before hundreds of thousands of people who attended the inauguration ceremony in Bogotá.

Sunday was a historic day as the former senator became the first leftist to become president in Colombia. The Petro and VP Márquez formula won the presidency after getting more than 11 million votes in the second round of elections on June 19.

With songs in the ancestral languages ​​of the “elders” (indigenous leaders) and a large mandala full of elements of nature, on Saturday Petro and Márquez, elected by the Historical Pact alliance, were spiritually invested on the eve of the formal inauguration. “I want to thank you for your presence at this ceremonial act. A government of peace, environmental justice, and social justice is going to begin here. The real power is here, in the popular movements,” Petro told Colombian social organizations.

While campaigning, Petro promised a “more progressive and fair“ tax scheme saying that his administration will seek to raise about $ 11,500 million and increase state resources in the country of 50 million inhabitants who have been harmed by inflation, unemployment, and poverty (39%).

The new government proposes a series of reforms to reduce the gap between rich and poor, collect taxes and create decent jobs, including the legalization of recreational cannabis.

During the ceremony on Sunday, Petro alluded to the anti-narcotics policy supported financially and militarily by the United States. “The war on drugs has left millions of Latin Americans murdered during these 40 years and leaves 70,000 North Americans dead from overdoses yearly. The war on drugs has led States to commit crimes and has evaporated the horizon of democracy”, he said.

A New Chapter In The History Of Colombian Cannabis

In July, Colombian Senator, Gustavo Bolivar, filed a bill to legalize recreational cannabis. With cannabis-friendly President Petro in office, Senator Bolívar assured that the new project will be approved.

“On July 20 we again presented the Bill that will regulate marijuana for adult use. With our majority, we are going to approve it. We will stop killing ourselves for a plant that in the USA produces $25 billion dollars/year and improves the health of the consumer,” Sen. Bolivar tweeted on July 6, 2022.

The purpose of the new legislation is to create a regulatory framework for the cultivation, production, storage, transformation, marketing, and use of cannabis and its derivatives for adult use.

According to Luis Merchan, chairman and CEO of Flora Growth Corp. FLGC, one of the largest cannabis operators in Colombia, there is social and political momentum building up in the country around the legalization of cannabis for adult use. Merchan noted that Petro’s party, Pacto Historico, also has a majority in Congress.

“Clearly President Gustavo Petro is the leader of the party and clearly there is a lot of optimism, [this is] a positive momentum towards the legalization of a cannabis use framework for adult use,” Merchan told Benzinga.

For Andres Fajardo, CEO of Clever Leaves CLVR, an international cannabis company with operations in the European Union, North and Colombia, the political moment in the country may be suitable for a legal reform that makes use of local experience and the natural advantages of the country to generate decent jobs and collect taxes.

“I personally think that it is a propitious moment for this type of proposal. Colombia learned from what it did right and what it did wrong in terms of cannabis regulation. And now we can apply these learnings to the regulation of cannabis for adult use. Colombia can be a supplier of cannabis for adult use for export, due to costs, climate, and geography, because it has established companies,” Fajardo explained in an exclusive interview with El Planteo.

In addition, he stressed that the bill was presented by Deputy Gustavo Bolívar and has the endorsement of President-elect Gustavo Petro, who is in favor of legalizing the adult use of cannabis. “Colombia will be a great hub and a large internal market for cannabis for adult use and I would like to be a platform to bring those competitors to participate in the market and conquer other markets from here; I see it as a symbiosis that generates taxes and economic development,” Fajardo said.