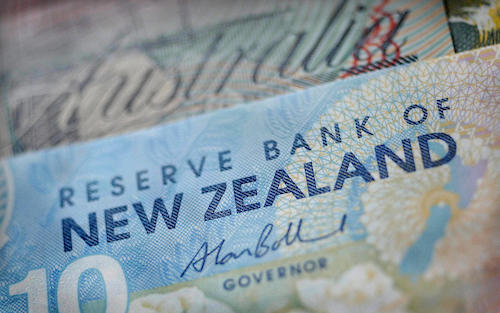 US inflation surprised on Wednesday, as both the CPI and the core CPI readings were lower than expected. Headline CPI dropped sharply to 8.5%, down from 9.1% in June and below the estimate of 8.7%. Core CPI remained steady at 5.9%, below the forecast of 6.1%. The US dollar went into retreat mode, and the New Zealand dollar soared 1.85% on Wednesday.

The Federal Reserve is breathing easier as inflation has finally slowed, and it is more likely now than 24 hours ago that the Fed will ease up on rate hikes and deliver a 0.50% increase in September rather than a 0.75% hike. Nevertheless, it would be premature to assume that inflation has been beaten and that the Fed will soon pivot with regard to rate policy. Inflation remains high and the core reading remained steady at 5.9%. Still, the decline in inflation has sent the US dollar on its bottom side. Today’s US Producer Price Index release also showed a slowdown in inflation. PPI for July declined by 0.5%, lower than the +0.2% forecast, the first decline since June 2020. On an annualized basis, PPI slowed to 5.8% in July, down from 6.4% in June.

New Zealand releases Manufacturing PMI on Friday. In June, the PMI dropped to 49.7, down from 52.6. It marked the first contraction for the PMI in 10 months, as the 50.0 line separates contraction from expansion. Another decline would point to continuing weakness in the manufacturing sector and could weigh on the high-flying New Zealand dollar.

There was good news for the central bank earlier this week, as Inflation Expectations for Q2 dipped to 3.07%, down from 3.27% in Q1. The drop was a minor one but still significant as it marked the first decline in over two years. Actual inflation, which rose to 7.3% in the second quarter, has yet to peak, and the next inflation report is not due until October. The Reserve Bank of New Zealand meets on August 17th, with a 0.50% rate increase the most likely outcome.