Want To Buy A Used Tesla? Better Act Fast, Here’s How Long They Last On Market On Average 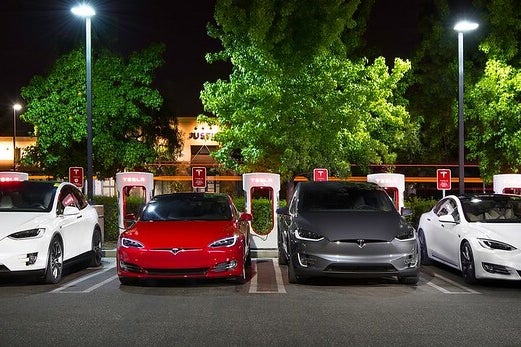 Analysts pointed to the company having no shortage of demand and only being constrained by supply chain issues and its own ability to ramp up production.

The company’s demand is seen in a recent used car study as well.

What Happened: Tesla has the fastest selling used vehicle model according to a new report from iSeeCars, as reported by Teslarati.

The top-selling used car by lowest time on market was the Tesla Model Y according to the report, lasting an average of 24.9 days on market as of June 2022 and coming with a price of $69,784.

Why It’s Important: Along with the list featuring three Tesla electric vehicles, it also features other popular electric vehicle models from the likes of Ford Motor Company F and Toyota Motor Corporation TM.

Tesla not only ranked first on the list, but saw the resale price of used Model Y vehicles top the listing price for the vehicle. A new Tesla Model Y AWD Long Range is $65,990 and the performance model is $69,990.

Given the long wait for new models, used sales for the Model Y could continue to see strong resale prices and fewer days on the market.

The Tesla Model Y ranked 19th in sales for all vehicle models in 2021. Popular Twitter account Sawyer Merritt argued the Model Y could outsell the Model 3 by the end of 2022. The Model 3 ranked ninth in 2021 with 508,000 units sold.